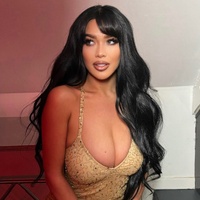 My Beautiful daughter Victoria (Tori for short) is so incredibly talented! She is a Mega Influencer on Social Media with over 200k followers on Instagram, as well as over 300k on Tik Tok! She is an actress and model living in West Hollywood and making her way to the big screen! She has appeared in a movie for Amazon Prime- called "Be Our Guest"- a very nice film on a group of teenagers who go to a party and stay at a house where one of the guests is a murderer! She can also be seen in prank videos on Hooman TV on YouTube. She has appeared in many model shoots- swimsuit model, video extra- you name it! Check her out!